Malawi swore in new president Lazarus Chakwera on Sunday for a five-year term after winning the re-run of a hotly disputed election.

Hundreds of people gathered at the Bingu International Convention Center, in Lilongwe to witness Chakwera take oath. He pledged to develop the country beyond the expectations of Malawians.

President Chakwera in his inaugural address underlined the need for Malawians to wake up from their dream to live the dream: “The time has come for us to go beyond dreaming.

“We all must wake up because this is the time to rise from slumber and to make our dream come true. Doctor Chilima and I accept this challenge and task.”

The presidential election rerun was held after the Constitution Court in February nullified last year’s election because of massive irregularities.

Makhumbo Munthali, political scientist outlined the challenges ahead of the president: “I think they [Chakwera and Chilima] need to appreciate that we are having a country that is divided.

“In as much as they have achieved the 58 percent of the total voters, but there is still another segment of the society that didn not want them to come to power. So what will be critical is now to start a unifying project across the country.”

Meanwhile, many Malawians say there is nothing more they are expecting from the new president other than meeting his campaign promises.

Barely 24-hours after taking his oath of office, President Lazarus Chakwera has rolled out the first batch of ministerial appointments, local media outlets reported on Monday.

Vice president Saulos Chilima has been handed the Economic Planning and Development and Public Sector Reforms portfolio. The president also named chief secretaries to the government and his chief of staff.

Meanwhile, over in Parliament, seating arrangements were changed as lawmakers from the president’s Malawi Congress Party and Chilima’s UTM moved to the majority benches while Peter Mutharika’s DPP and UDF members moved to the opposition side.

New leadership were also announced in line with the changes. The speaker of the house remains Catherine Gotani Hara, an MCP member; who became Malawi’s first female speaker of parliament back in June 2019. 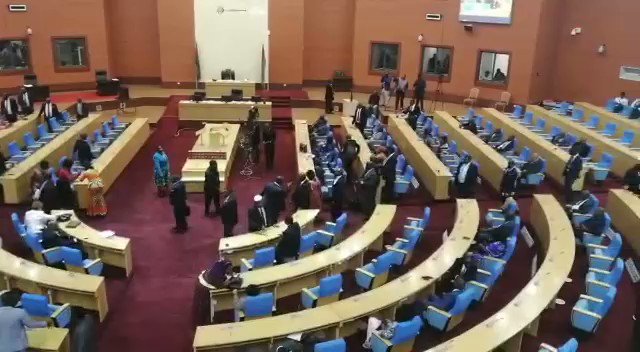