George Floyd to be buried in Houston: Live updates

Thousands bid farewell ahead of funeral of the black man whose death inspired worldwide anti-racism protests.

12:20 GMT – More needs to be done to eradicate prejudice in the UK, says Boris Johnson

Prime Minister Boris Johnson has told his top ministers that there was more to be done to eradicate prejudice and create opportunity in the United Kingdom but society was much less racist than it was before, his spokesman said.

“The PM said we are a much, much less racist society than we were but we must also frankly acknowledge that there is so much more to do in eradicating prejudice and creating opportunity.”

Johnson also said he “heard” the message from those protesting after the killing of Floyd but that such action should not lead to violence, unlawful actions or the disregarding of social distancing, the spokesman added.

Prime Minister Boris Johnson said he ‘heard’ the messages from those protesting after the killing of Floyd [File:Reuters]

“I think the protests – it’s a great starting point … to get your voice heard,” soccer international Raheem Sterling told the BBC, adding that it is time to go beyond debate and start, “implementing change”.

Bon Appetit’s editor-in-chief, Adam Rapoport, have resigned after a 16-year-old picture of him with brownface resurfaced online and drew harsh criticism, coupled with a subsequent claim of discriminatory pay at the Conde Nast-owned US food magazine by a staff editor.

The picture, originally posted on the Instagram account of Rapoport’s wife Simone Shubuck in 2013, showed him in brownface makeup with her, according to several media reports. Shubuck’s Instagram account has since been taken private.

“From an extremely ill-conceived Halloween costume 16 years ago to my blind spots as an editor, I’ve not championed an inclusive vision,” Rapoport said in a post on Instagram.

08:15 GMT – London’s statues from ‘bygone’ imperial past to be reviewed, mayor says

London mayor Sadiq Khan has ordered a review of the capital’s statues and street names after the toppling of the statue of an English slave trader by anti-racism protesters triggered a debate about the demons of Britain’s imperial past.

A statue of Edward Colston, who made a fortune in the 17th century from trading West African slaves, was torn down and thrown into Bristol harbour on Sunday by a group of demonstrators taking part in a wave of protests following the death of Floyd.

“Our capital’s diversity is our greatest strength, yet our statues, road names and public spaces reflect a bygone era,” Khan said. He said some statues would be removed.

We must commemorate the achievements and diversity of all in our city – and that includes questioning which legacies are being celebrated. 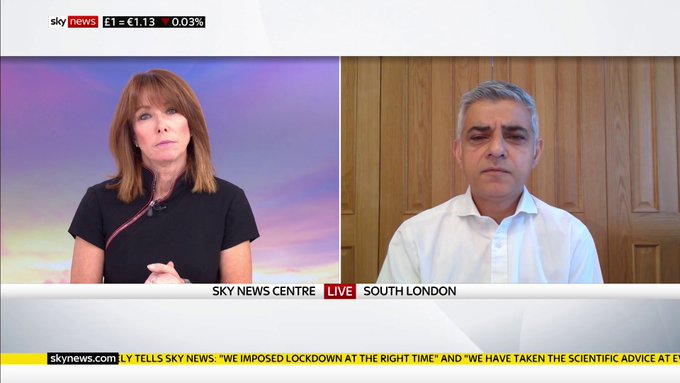 The family of a black Frenchman who died in police custody in circumstances similar to the killing of George Floyd said they had spurned an offer of talks with the justice minister and called for a nationwide protest instead.

Adama Traore was celebrating his 24 birthday on July 19, 2016, when three police officers used their weight to restrain him. By the time he arrived at the police station, he was unconscious and could not be revived.

Medical experts differ on whether Traore died because of the restraint or because of an underlying medical condition. His family and their supporters have demanded that the officers involved be held to account. No one has been charged.

In an unprecedented protest in New York City, government employees past and present, joined calls for police reform within their own city.

Japanese public broadcaster NHK has apologised and deleted from its Twitter account an animated video aimed at explaining the background behind US protests for police reform but which sparked online outrage for its depiction of African Americans.

The 1:21 minute clip, which NHK had also broadcast, featured a tough-talking black narrator citing the wealth disparity between black and white Americans and the economic impact from the coronavirus.

But it made no mention of police brutality or the death of George Floyd.

In the clip, the narrator’s bodybuilder-like muscles were bursting out of a white top, while other African-American characters included a man with an afro and mutton chop sideburns, and a muscular man in a sleeveless purple suit, fedora-style hat and sandals strumming a guitar.

While we understand @NHK‘s intent to address complex racial issues in the United States, it’s unfortunate that more thought and care didn’t go into this video. The caricatures used are offensive and insensitive.

George Floyd’s casket has been placed in a hearse and escorted by police back to a funeral home, following a public memorial in a Houston church.

About 6,000 people attended the memorial, ahead of a private funeral service on Tuesday.

06:25 GMT – Self-described KKK leader charged for driving into US protesters

An “admitted” Ku Klux Klan leader who drove a vehicle into a crowd of peaceful Floyd protestors in the US state of Virginia is being investigated for possible hate crimes, a county attorney said.

The man has been charged with several offences after he “recklessly” drove into a crowd on Sunday, Henrico County’s Commonwealth Attorney Shannon Taylor said in a statement posted on Twitter.

US media reported one protester was injured in the incident near Richmond. The person was checked at the scene by emergency responders and refused further treatment.