FILE PHOTO. A protest against the death George Floyd held in St. Louis. © Reuters / Lawrence Bryant
Police officers were injured by gunfire in St. Louis on Monday night as the city was gripped by violent protests. Their lives are reportedly not in danger.

The four injured officers were conscious when they were taken to hospital, the police department said. Law enforcement is “still taking gunfire downtown.”

We have had 4 officers struck by gunfire tonight. All have been transported to an area hospital. All are conscious and breathing. Their injuries are believed to be non-life threatening.

Officers are still taking gunfire downtown & we will share more info as it available. 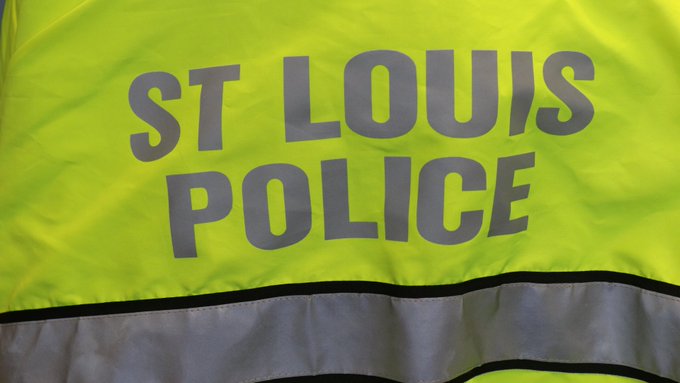 The incident happened near St. Louis police headquarters, where police and protesters clashed repeatedly throughout the night, according to local media. The protest was initially peaceful, but turned violent after nightfall, with vandalism and looting of businesses reported.

Officers apparently came under gunfire shortly after using multiple flash-bangs and tear-gas rounds against a crowd near Olive and 16th streets.

BREAKING VIDEO: Cops come under fire during protest in St. Louis; at least 4 officers were shot in the gun battle & the scene remains active

Gunshots and sirens can be heard in several videos posted on social media, which were purportedly shot in St. Louis during Monday’s protests.

St. Louis is among dozens of cities across the US facing nighttime violence as the country is consumed by public rage over police brutality. The wave of protests, which has already spilled across the American borders, was unleashed by a video showing a white Minneapolis police officer pinning a black man to the ground by kneeling on his neck. George Floyd died in custody in what an independent autopsy confirmed to be a homicide.
Source:RT.COM