Ambassador to Somalia, Mrs. Annett Günther, hosted a celebration in Mogadishu to mark the Day of German Unity. The Ambassador was joined by  the Prime Minister of the Federal Republic of Somalia, Hassan Ali Khaire, as Guest of Honour, the Speaker of the Upper House, Abdi Hashi Abdullahi, the Minister of Foreign Affairs and International Cooperation, Ahmed Isse Awad, and other members of the Somali government, civil society as well as international partners. The event, which took place at the European Union Diplomatic Compound, commemorated the 29th anniversary of the reunification of Germany on 3rd October 1990. Peaceful demonstrations in several East German cities had finally led to the fall of the Berlin Wall in November 1989, followed by the first free elections in March 1990.

Great #DayOfGermanUnity celebration in #Mogadishu today. Delighted to have hosted @HassanAKhaire as Guest of Honour, and many other dignitaries. PM outlined strong & trustful relationship between #Somalia and Germany in commemorating 30th anniversary of fall of the Berlin Wall. 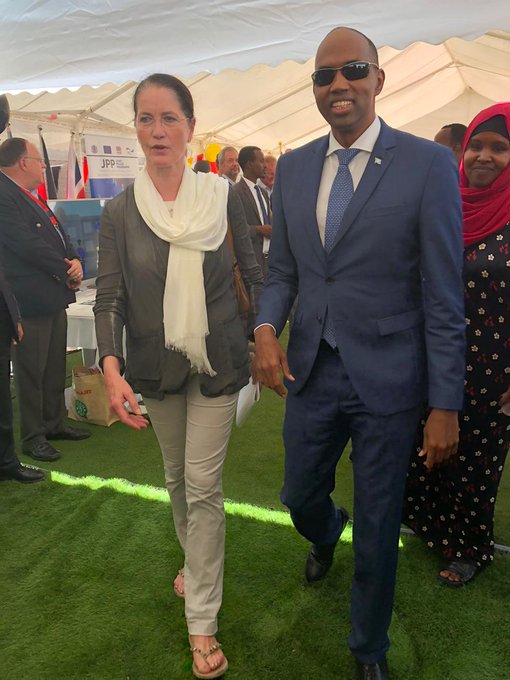 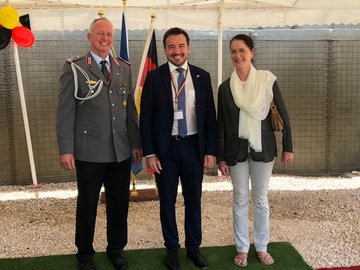 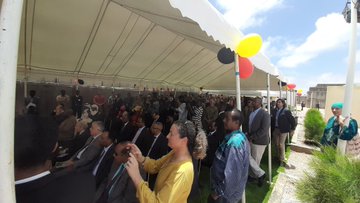 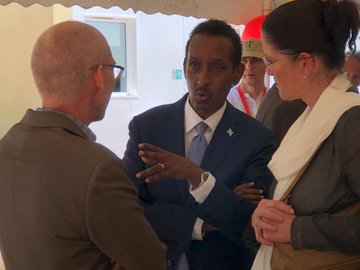 the German Ambassador to Somalia, Kenya and the Seychelles, Annett Günther, talked about the similarities between Germany 29 years ago and Somalia today highlighting the social and economic obstacles or walls in their respective national developments. While Germans seized the opportunity to unite the country in 1990, leading to successful economic, political and social development and regional integration, Somalis today have the chance to unite the country through a peaceful democratic process.

To support Somalia on its path, Germany increases its support in its development cooperation by 73 million USD over the next two years.

This increase, as was jointly agreed, will foster inclusive growth, skills development (TVET) and urban infrastructure. Furthermore, Germany engages with a higher priority in rural development, agriculture and water management.

The substantial support by the German Government honours the progress made by the Somali people, the Federal Government and the Federal Member States

to address the many political, economic and ecological challenges facing the country. It aims to support maintaining the positive trajectory Somalia has taken in recent years. In order to achieve this, a strong cooperation between the Somali Federal Government and the Federal Member States as well as a joint effort by all political stakeholders towards free and fair elections in 2020/2021 will be crucial. Horndiplomat