The 2019 ESPYS were certainly a night full of inspiration, amazing tributes, speeches and a celebration of the human spirit on and off the field.

Add ESPYs as an interest to stay up to date on the latest ESPYs news, video, and analysis from ABC News.

Tracy Morgan hosted and celebrated iconic athletes like the The U.S. women’s national team, Dwyane Wade, and many more.

Here are the top 5 highlights of the night.

Morgan came out dancing and was all smiles, as he received a loud applause.

After an accident that almost took his life a few years back, Morgan was able to joke once again, even about the situation.

“Tracy Morgan got hit by a damn truck,” he said, addressing the past incident. He also joked about his wife demanding he get in another accident, so he could get another pay out.Kevin Winter/Getty Images

But when it was all said and done, he got very serious and embraced the moment.

“I’m just excited to be here … I’ve been a sports fan my whole life,” he said.

He had the audience laughing and inspired at the same time.

Hours after being celebrated with a ticker-tape parade in New York City Wednesday, the U.S. women’s national team was in Los Angeles for the award show. 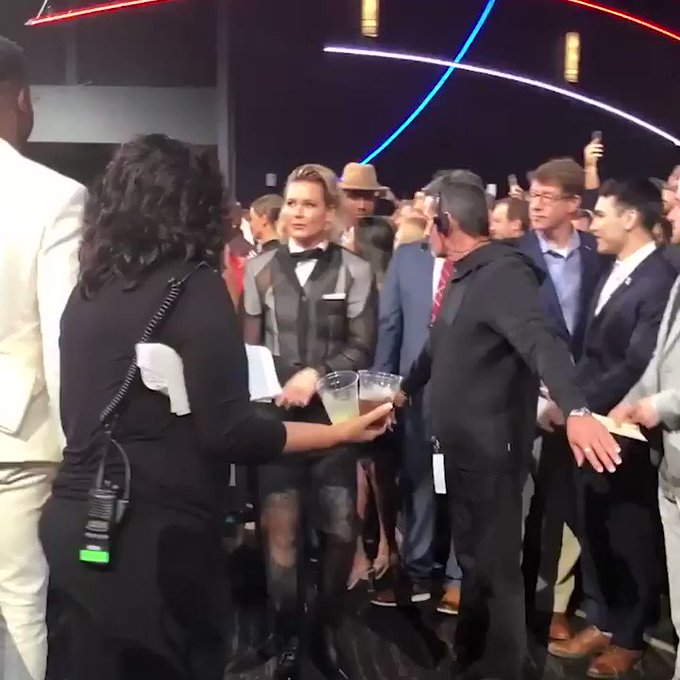 They arrived shortly after the start of the program and quickly their impact was felt, as Alex Morgan took home the trophy for best female athlete.

“This was probably the second best trophy we won this week,” Morgan joked.

(MORE: Jimmy V Award winner Rob Mendez: ‘Focus on what you can do instead of what you can’t’)

She congratulated the other “powerful” women in her category. 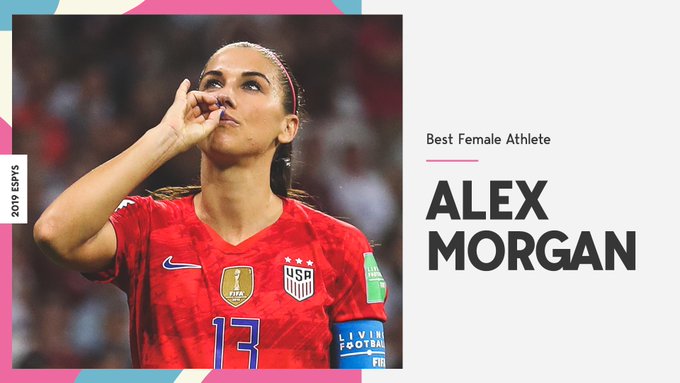 She then gave a shout out to her teammates, yelling, “We did it!”

“I love you guys like sisters and I have 22 best friends,” she added.

Later in the night, the team won the biggest award for best team with actress Sandra Bullock doing the honors of introducing them.

“All those in favor of equal pay, say ‘Aye,'” she screamed.

Kirstie Ennis, Jim Calhoun, Bill Russell, Rob Mendez and others were honored Wednesday night for their service, perseverance and accomplishments that translated to much more than wins and losses on the field.

Mendez, the head coach of a junior varsity high school football team in Saratoga, California, won the Jimmy V Award. Mendez was born without arms and legs because of a rare syndrome, Tetra-Amelia, but that’s something the football mentor has never let get in his way.

“If there’s any message I want to give you guys tonight is … when you focus on what you can do instead of what you can’t do, you really can go places in this world,” he said

Kirstie Ennis was honored with the Pat Tillman Award, bringing down the house with her powerful acceptance speech and brutal honesty.

A former Marine, who was injured and could have died seven years ago in a helicopter crash while on duty in Afghanistan, Ennis had to work her way back from a traumatic brain injury, spine trauma and shoulder damage, not to mention the dozen or so surgeries she’s endured, one to amputate her left leg above the knee.

A year after her injury and after trying to take her own life, Ennis made the decision to live for others in need. It was her purpose.

While on stage accepting her award, Ennis was greeted by a standing ovation, then tried to hold back the tears.

“I am often told that I am strong, but truth to be told I’m not the strong one,” she said. “It has taken me a village to get here.”

“I started my organization because I didn’t have the role mode I needed while I was in the hospital,” she said, adding that now she continues for those watching, needing that role model and “those who can’t.”

“Let this be my message tonight … rest a moment less, endure a fraction more and try to make peace with whatever your pain may be,” she said.

Boston Celtics legend Bill Russell won the coveted Arthur Ashe award. His story and his speech was not just about his numerous championships, but the way he carried himself off the court and how he embraced his black heritage.

Those like Kobe Bryant, President Barack Obama and Samuel L. Jackson spoke about what the icon meant to them growing up.

“On behalf of every athlete in this room and all of us who have tried to follow in your footsteps, thank you,” Bryant said.

Drew Brees won for best record-breaking performance and used the time to thank his wife and his three sons.

Later, Wade was honored for his impressive career and blamed Brees for having to also make sure he honored his beloved wife.

“You’re amazing and you look incredible in this dress,” he told Union. The audience loved it.

“I want to be that face and voice for my community, that role model I always wanted growing up,” he said. “I will continue to fight for change.”

Jim Calhoun was honored with the best coach award and the former University of Connecticut head coach and three-time national champion took the honor in stride.

He’s been coaching for more than 50 years and while he’s a legend, he’s also battled cancer.

Up on the podium, Calhoun, 77, once again inspired with a story of losing his father at just 15 to a heart attack.

“It was tough time, I was kind of bitter in many ways,” he said. 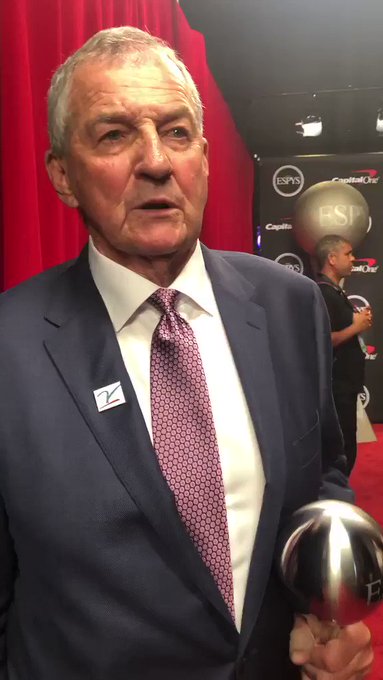 But during that time, he tried to win in some way every day and stay close to the game he loved. “It gave me hope that I could be there someday,” he said.

He said his mentors rallied around him and got him a basketball scholarship and “more than 50 years later, I’m still doing it.”

“I’ve dedicated my life to doing for others what those folks did for me,” he added.

He honored all the coaches and teachers out there who are making a difference in young people’s lives.