Four-time winners Japan take on Qatar in the final of the 2019 AFC Asian Cup football tournament at the Zayed Sport City Stadium in Abu Dhabi.

Qatar’s Akram Afif converts the penalty kick to put his side 3-1 ahead.

He receives a yellow card for taking his shirt off to celebrate.

Japan’s Takumi Minamino scores the first goal for his side in the 69th minute.

Qatar’s Boualem Khoukhi taken off on a stretcher. He is replaced by Salem Al Hajri

Abdelaziz Hatim scores the second goal for the Maroons in the 27th minute. 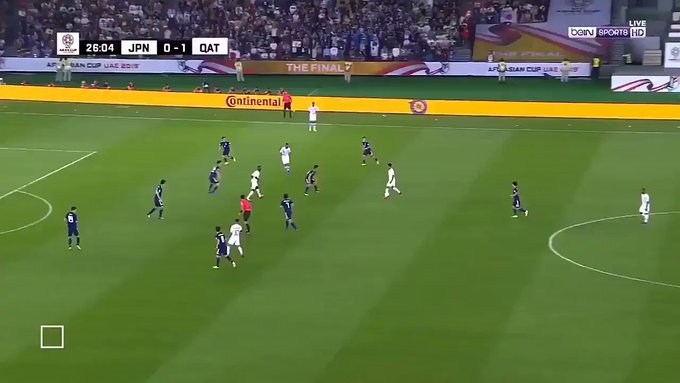 Qatar takes the lead with 22-year-old Almoez Ali scoring in the 12th minute.

This is Ali’s ninth goal of the tournament.

He has broken the record for the most goals scored in a single edition of the competition. 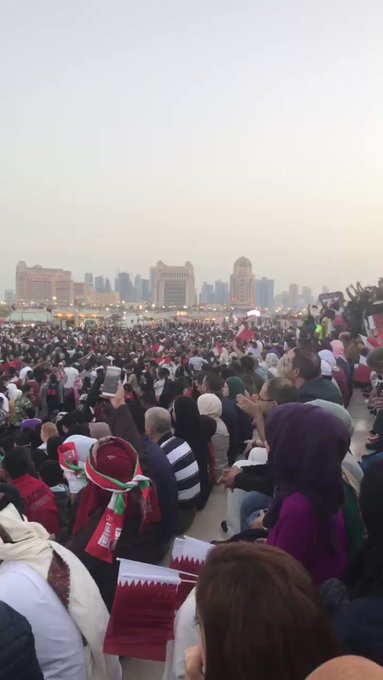 How did that Almoez kick end up in the back of the net!! This crowd doesnt care! Japan 0-1 Qatar #AFCAsianCup2019

The Asian Football Confederation (AFC) has dismissed the protest lodged by the United Arab Emirates Football Association over the eligibility of two of Qatar’s players, the body said in a statement ahead of the final on Friday.

The complaint about Qatar’s Almoez Ali, a 22-year-old striker born in Sudan, and Bassam Al Rawi, a 21-year-old defender born in Iraq, was reportedly filed within two hours of Qatar’s 4-0 victory over the UAE on Wednesday.